Taking quality photos is determined by so many things. It includes the quality of the lenses, the ISO range, the speedy image resolution, and other significant features.

One of which is the aperture.

It is worthy to note that aperture is one of the three elements or factors that is used by the camera for creating exposures. With that being said, it is essential that you know some of the basic things about aperture so that you’ll start taking pictures in no time.

First off, we would consider the question; what is aperture?

To understand aperture, you have to think of it like the pupil of the eye. As the pupil gets dilated (expands) when more light enters it, so does the aperture.

The aperture work hand in hand with ISO and the shutter speed. And together you can create the perfect exposure.

The diameter of the aperture will determine the level of light going into the lens. Also, you will find that the scenery also controls the amount of light that goes into the camera.

Introduction to Aperture in Photography

What Is Aperture in Photography?

Some other things about the aperture you should know includes;

What are F-stops and F-number?

Both the f-stop and f-numbers are the same thing and are what the aperture is measured by. So, the f-stop numbers are what would make the aperture on the lenses bigger or smaller. The f-stops move from one to double/half the size of the lens’s opening.

So that you know, the moment you move the shutter speed from one number to the next also double the amount of light that gets into the lens as well.

Here’s an example of how f-stop in aperture works;

Say the setting of the aperture on a camera is f2.8, it will let in more light than f22. Because the f2.8 is much larger than the f22 which bring me to my next point.

Larger apertures are given smaller f-stop numbers and vice versa. Don’t worry; you’ll get the hang of it in no time.

The f-stops or f-numbers as professionals will call them are a way of measuring the size of the aperture. They measure how close or open the blades of the aperture are when taking a particular photo.

When selecting your aperture manually, you would want to try out two modes that work well. The manual mode and the aperture priority mode.

The Aperture priority mode is written as “A” or “Av” in the camera while for the manual mode, you’ll find an “M” sign on the camera. You can find this setting on the top of your camera, together with all the other dials on the camera.

You can also read the manual for where you can find the aperture setting if you’re having a hard time finding it.

Maximum And Minimum Aperture of Lenses

For every lens, there is usually a limit to the size of its aperture. It is limited both in how large it can be, as well as how small it can be.

Looking at the lens specification, you should know what the size of your aperture will be. For most professional photographers, the maximum aperture size is significant. Because, with the maximum aperture, you can know and control the level of light that can go into your camera.

If a camera has f-1.8 or f-1.4 as its maximum aperture, then you can consider the lens as a fast lens. Because you can have more light pass through it. The slow lens would have apertures beginning from f-4.0. It is no wonder why a large aperture lens is costly to get.

People do not usually worry about minimum aperture. Because most cameras come with minimum apertures of f16. It is going to be a while before you find anything smaller than that, especially for your day to day photography.

When you use some zoom lenses, you will notice that the maximum aperture will change each time you zoom in and out.

But if you’re using a more expensive zoom, the zoom can maintain the constant aperture. When it is at its largest, throughout the entire zoom range. The Nikon 24-70mm f-2.8 gives you that effect.

You might see the maximum aperture range also written on the lenses. But it can be written in colons rather than dashes or slashes.

How Aperture Affects Depth of Field?

You should know that if the aperture is large, then the more blur the background will be. This kind of effect is good when you want to hang the photo up as a portrait or uses it as a general photo where your idea is that of a blurry background.

You get the picture that it would mean the smaller the aperture, the lesser the blur on the background.

The number of f-stop affects the speed of the shutter. When you use a large f-stop, it only means that more light is going into the lenses of the camera. Which would then mean that the shutter doesn’t need to stay open for a long while, to make a correct exposure.

With what mentioned above, it is becoming clear that the aperture affects your photo quality and style more than you think.

Whenever the aperture changes in size, the lighting that enters into the lens of the camera is also changed. And thus affect the brightness of the image.

Large apertures (wide openings) would mean that the sensor (or lens) is getting in a lot of light, which will brighten the picture. The opposite is the case; thus a smaller aperture opening would mean a lesser amount of light going through the sensor, dimming the photo.

Where the environment is dark, whether indoor or outdoor, the best setting to use is the large aperture, that can capture more amount of light.

How to Understand Aperture in 5 Simple Steps

How to Pick the Right Aperture?

Now that you know how to measure the aperture, using f-stops, its time you know about how to get the right aperture.

The next big question is how do you know which is the right aperture for the photo you’re about to take.

To understand this question, we should look at exposure and depth of field, the two major effects of the aperture. For the darker environment, you might want to use a larger aperture, say f-2.8. So that you can capture the photos with the right amount of brightness.

Remember what we said about the depth of field; that the larger the aperture, the more blur the background will be. Thus for sharp pictures (both foreground and backgrounds), you would have to use smaller apertures like f-8 or f-11.

If your image is too bright, with the given aperture size, you should not be worried, as the shutter speed and ISO range can help solve that.

If you don’t get anything at all from this article, please it is essential that you get this; small numbers like f-1.4 or f-1.8 are large apertures and the higher the number, the lower the aperture. Hope that is very understandable.

For a large or maximum aperture, you should set your aperture between the range of f-1.4 to f-2.8. These are larger apertures than f-4.0 and f-11. Don’t assume that it is a typo, because it is not, and don’t let that confuse you.

The reason why photographers are usually confused about this kind of things is that it is the reverse of what they expected. But for you to understand even better, it would be best to think of aperture as a fraction.

So in situations where a photographer gives you a recommendation of a camera to buy, and they tell you to get one with a large aperture, it only means that you should get an aperture as low (or rather high) as f-1.4 or f-1.8

What Are The Uses Of Different Apertures?

There are no rules when it comes to using aperture. But to make your work stand, you would have to know when to use a particular aperture and when not to.

Again, there are no rules in using the aperture; thus, if it suits your artistic preference, you can use any aperture you want. But you should know the different apertures and their uses so that it can help guide your judgment when taking photos.

F-1.4: it is best used for low light situations. You can also use it for the bokeh effects

F-2: it also has the same use as the first range, and you can also pick this aperture range, for a third of the cost of the F-1.4

F-2.8: can be used in low light situations as well, but is better for facial features because it has a deeper DoF.

F-4: can be used in decent light situations, or when you want to shoot portraits. But, You stand the risk of the face leaving focus when using wider apertures.

The F-5.6, which is suitable for low light conditions as well, but needs a bounce flash for an optimal result. The F-8, and the F-11, which are useful for frame and portraits and gives you a sharp background.

The F-16 is perfect for shooting the sun, this way the minimal amount of light is going in, and the lens is focused.

Finally, the F-22 is ideal for landscape situations, where all the details of the background are clear.

Aperture setting and understanding it is crucial to the photographer if they want to get their great shots. Some of the major effects to an image are the depth of the field and the exposure.

The aperture affects almost everything on the camera. Which is why having an understanding of how it works is essential to you. 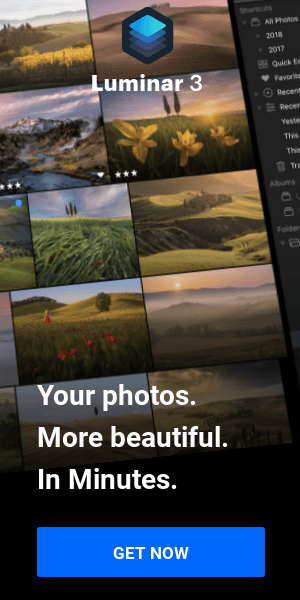